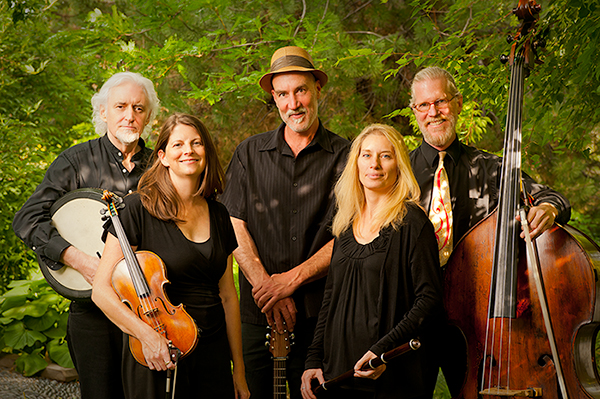 Colcannon has developed a distinctive, inventive, and contemporary musical style while still keeping in firm touch with the heart and essence of traditional Irish music. Colcannon’s concerts are renowned for their energy, for singer/frontman Mick Bolger’s irrepressible sense of humor and sly wit, and, of course, for the music; music that expresses flights of joy, deep sorrows, and an unquenchable zest for life. Colcannon’s appeal crosses lines of age, gender and ethnic background. For while the musical focus is on the beautiful wealth of traditional Irish music — all acoustic instrumentation, traditional as well as original tunes and songs, with some of the songs in Mick’s native Irish language – Colcannon’s true message is the story of the resilient and joyous human spirit.

A portion of this concert’s proceeds will be donated to Planned Parenthood Votes Colorado (PPVC). PPVC advocates for creating, improving and protecting reproductive health care access, effective comprehensive sex education, pregnancy and STI prevention policies, and a womans right to determine when and whether she becomes pregnant. In turn, PPVC challenges government interference in personal decisions that should be left to women and their families. Planned Parenthood Votes Colorado (PPVC) is a non-partisan, 501(c)(4) non-profit organization. PPVC is the advocacy and political arm of Planned Parenthood of the Rocky Mountains, Inc. (PPRM). They engage in educational and electoral activity, including legislative advocacy, voter education, and grassroots organizing to promote the Planned Parenthood mission.

The Irish Snug is offering a special deal for patrons of the Colcannon concert. Receive 15% off regularly priced menu items anytime between January 25th – 31st. Mention the Colcannon concert to receive this deal. (Not valid on Happy Hour menu items.) The Irish Snug is located at 1201 E. Colfax, just a couple blocks from First Unitarian Society of Denver. 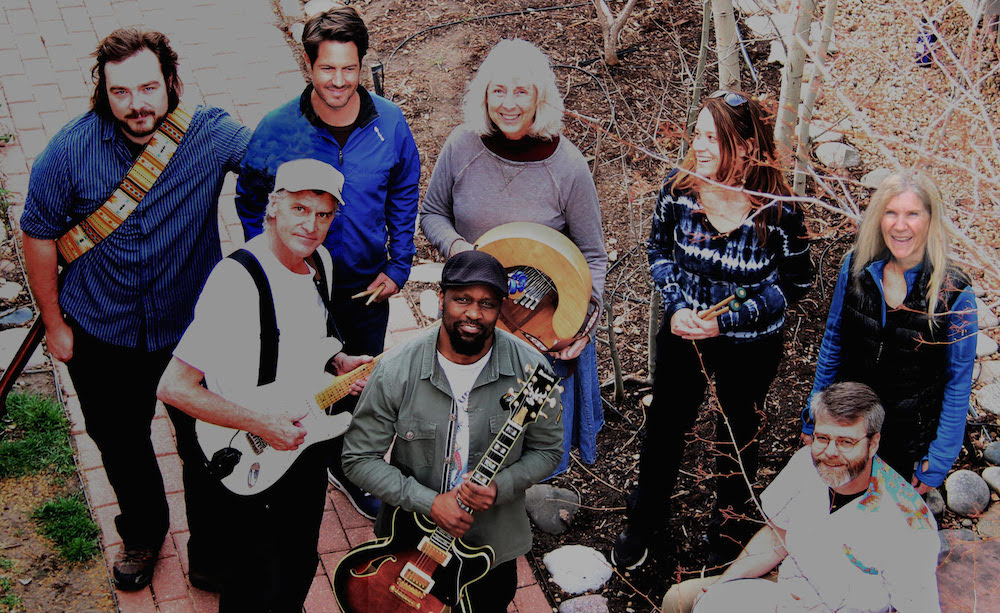 ZiMBiRA Afro Fusion Band revels in the traditional & contemporary music of Zimbabwe. The music is grounded in the ancient repertoire of the mbira and the beat of the hosho shaker. It evolves as the beautiful lines are reflected on the guitar and marimba, and other instrumentation of the moment which may include mbira, karimba, guitar, ukelele, bass, marimba, hosho, vocals, hand and kit drums.

Members of ZiMBiRA will offer a music workshop (open to all!) on the afternoon of Saturday April 18th. Stay tuned for more details.

A portion of this show’s proceeds will be donated to HUMWE. HUMWE is a word from the Shona people of Zimbabwe which refers to working together towards a common goal. Their mission is to preserve the traditional music and culture of Zimbabwe through providing a safe place for the community to learn and share the traditions while also using the space as a sustainable platform for addressing community needs. 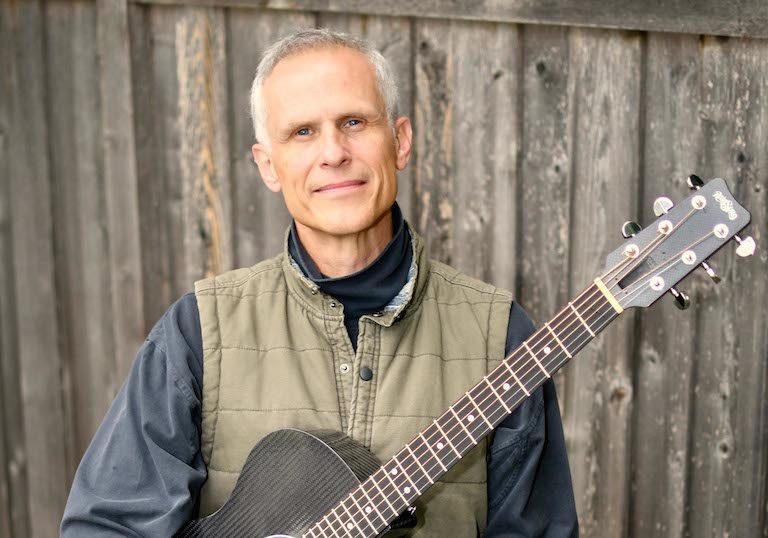 Minnesota’s Peter Mayer has been singing and songwriting full-time for over 20 years, performing in venues across the United States and beyond. He writes songs for a small planet – songs about interconnectedness and the human journey – songs about life on earth and the mysterious and wondrous fact of our existence. He also writes songs about dress hats, pumpkins and pajamas, and even love and freight trains just like a good folk musician should. His music has been performed by artists like Kathy Mattea, David Wilcox, Claudia Schmidt, Anne Hills, Priscilla Herdman, Darryl Purpose, Billy Jonas, and Ronny Cox, to name a few. His work has been included in song books, church hymnals, and folk radio playlists across the country.

A portion of this concert’s proceeds were donated to Western Resource Advocates. Since 1989, Western Resource Advocates has worked to ensure that future generations will have wildlands, clean air, and flowing rivers in the iconic landscape of the West. From the rugged peaks of the Rocky Mountains to the Great Salt Lake to the treasured rivers of the desert Southwest and the expansive prairie and forest wildlands, they protect what is special about the West. If you’ve ever rafted the Colorado River, hiked in Utahs Grand Staircase-Escalante National Monument, spotted windmills or an array of solar panels out of the corner of your eye, watched a sage-grouse dance, or even sipped a glass of water, you’ve experienced their work first hand. In recent years, Western Resource Advocates have protected 9 major rivers, preserved more than 2 million acres of Western land, and advanced a clean energy future for 6 states. 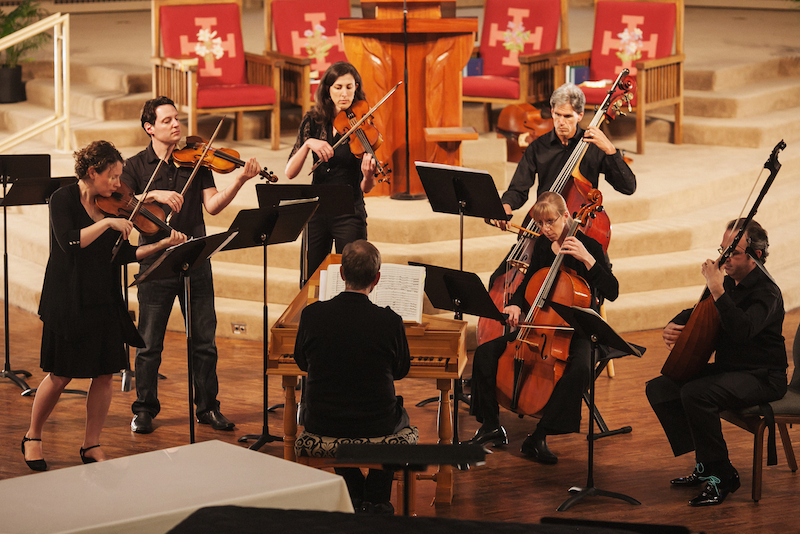 Founded in 2005 and based in Denver, the Baroque Chamber Orchestra of Colorado is the Rocky Mountain Region’s only professional period-instrument orchestra. BCOC performs a wide repertoire ranging from familiar Baroque favorites (such as Bach’s Brandenburg concerti and Vivaldi’s Four Seasons) to rarely performed gems from the period. The orchestra is led from within the ensemble by violinist Cynthia Miller Freivogel and harpsichordist Frank Nowell, collaborating to create lively and engaging performances that draw audiences into a personal experience of the music. The Baroque Chamber Orchestra of Colorado brings to audiences the musical riches and spirit of improvisation of the 17th and 18th centuries.

A portion of this concert’s proceeds were donated to Prodigy Ventures. At Prodigy, young adults disconnected from school and/or work are invited into a year-long apprenticeship as humble learners of life, self, and craft, within a high standards enterprise. Prodigy Coffeehouse opened in July, 2016 as a social enterprise run by the talent of young adults from Northeast Denver who have previously been disconnected from school and/or work.